Train from Pudong Airport to Shanghai. The only Maglev train in the world operating commercially. Travels at 430 km/hr. Takes 8 minutes, while driving takes almost 1 hour. 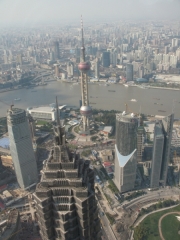 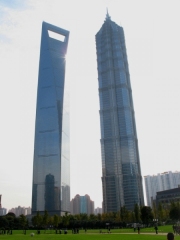 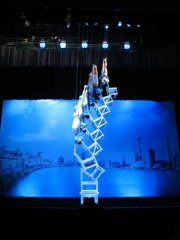 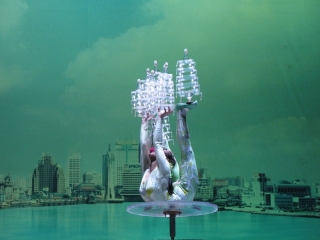 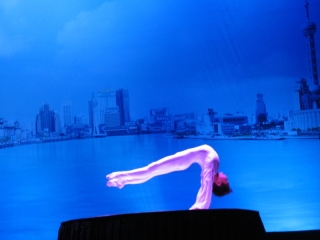 I just returned from another trip to Shanghai. This time I went up to the top of the new World Trade Center. This building is 495m and 125 stories. It is the tallest building in Asia now. The Jin Mao tower held the record for 1 year before they built the WTC beside it. I also saw the Shanghai acrobatic show this time. It is amazing how they can bend and balance their bodies.

Shanghai is quite a beautiful citywhere the building never seems to end. I would have to label it as the New York city of Asia. 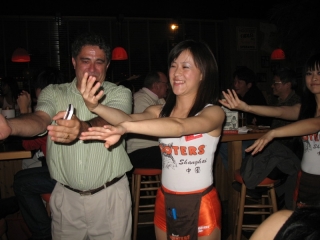 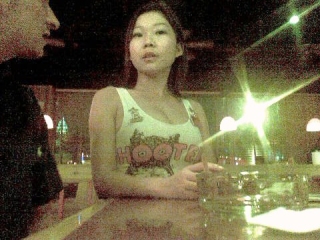 Slowly but surely China succumbs to western decadence. Hooters has just recently opened a branch in Shanghai. Actually they have 3 locations in Shanghai now! My friend Chris sent me this camera phone pic while he was there just last night. While Hooters is certainly no “strip joint”, it does symbolize the epitome of an establishment dedicated to eye candy. I don’t think you go to Hooters for the fine cuisine.

I was surprised to see that China would allow such a venue, even for Shanghai. China is quite conservative when it comes to the “nightclub” scene. Of course there are plenty of nightclub shows featuring scantily clothed girls, but these are produced like a stage show so they pass as “art”, making them allowable in China. These shows are not intended to titillate the audience in the manner of a traditional girl show like in a go-go bar. Frankly these productions are a lot more entertaining than just watching some girls shaking it on stage.

Hooters by definition is a family restaurant, but it’s real purpose is showcasing young girls dressed to show their assets. I mean you can’t possibly want to go there just to eat greasy chicken wings! I think this is why a Hooters in China earmarks a big change in Chinese attitudes toward “entertainment”. Maybe you have to live in China to really appreciate what a big deal this is for China. As for me, I guess I will have to go there and see for myself………. for the chicken I mean. 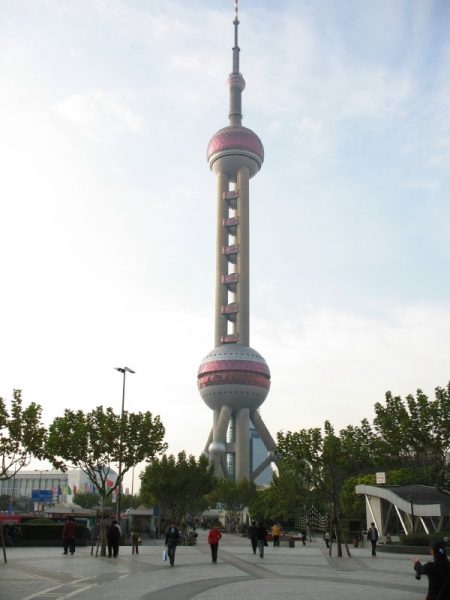