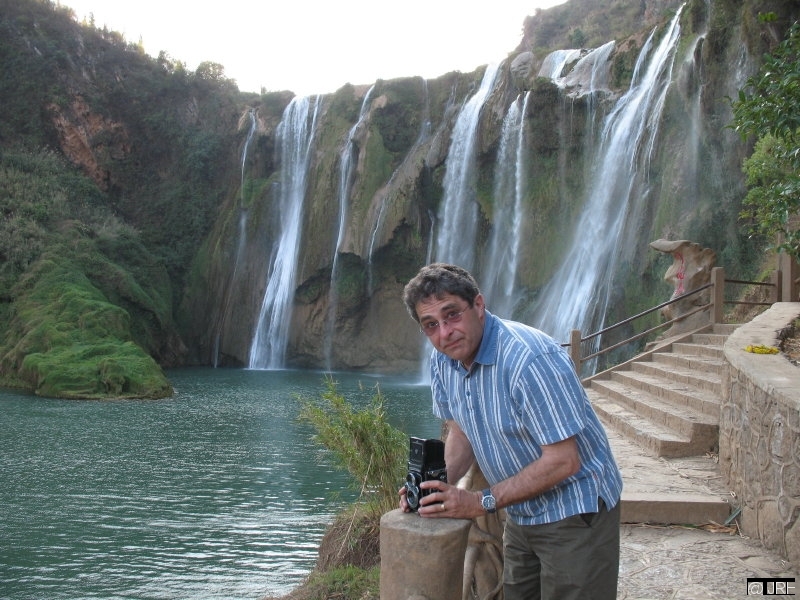 The weather in Kunming is turning warmer by the day. It stays around 65 and clear. I decided to take a few day trips to see Chu Xian and Funming. Why?………… Well why not! They are withing 100 km and it’s a nice day for a drive.
Chu Xian is a small city typical of this region. A river runs through the middle for the public park area. Surrounded by the central shopping area with small street markets trailing off from the bigger department stores. I found a small “western” coffee shop and ordered a Vienna coffee. 20 minutes later (i was the only customer) it arrives at my table. It had a strange taste to it so I added some sugar. When I stirred in the sugar, I felt something at the bottom of the cup. Hmmm, maybe I don’t want to know what that could be. Better I leave it alone. Nope, it feels too much like a small animal’s head to ignore it. I scooped it out of my coffee only to discover it was a tea bag! Could have been worse, right? So Vienna coffee is a mixture of tea and coffee. Can’t say I was too impressed. The most notable thing I found in Chu Xian was this pagoda overlooking the town. See the pics…
What can I say about Funming? Not much, except it made international news recently because of it’s green painted mountain. Only 30km from Kunming, I had to see this for myself. The story goes that this local businessman was having some financial trouble, so he called in a Feng Shui expert to have a look. Apparently he was told that the mountain where he took out rock was to root of his trouble. He upset the nature balance. So this guy slammed down $62,000 USD to get the mountain painted green! At least he could have attempted to match the green a bit better. Or maybe for half the cost, just do some landscaping. Now it looks like, well…….. a fake mountain in some amusement park. The EPA would have a field day with this guy back in the US. The townspeople were told it’s a new business being built there.
Now 230km east of Kunming lies Lou Ping. This region grows the Liu Cai Hua flower. This flower is used to make the vegetable oil used for cooking. They grow this flower for hundreds of km. It is an explosion of color carpeting this region and terra farmed through these strange mountains. This region was under the ocean millions of years ago which accounts for the strange mountain shapes. The 9 dragon water falls cuts through this area and very breathtaking to see. I spent a few days exploring and tasting the local food. I also was shown a 5 legged dog in Lou Ping. Maybe it’s the water! I’m safe as I only consumed the local beer!