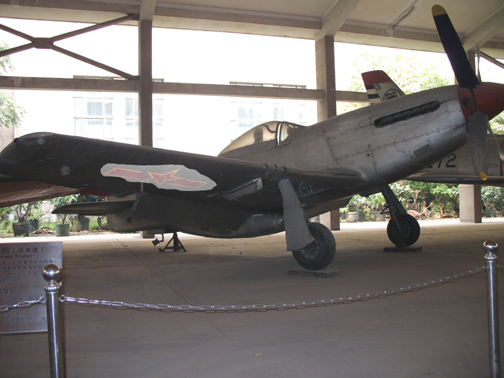 I arrived in Beijing and the first thing that comes to mind is……B I G! This is one large city. 6500 sq. miles with 12 million people packed inside. It took an hour to go by taxi from the airport. The fare was 120Y ($15). By the way a word of advice if you travel here. Do not EVER use any services unless it is the “official” service. If someone approaches you for taxi service, tour service, tour guide, etc. do not even consider it. Do not believe anything they tell you. It is not true. You will be ripped off for sure. There are a lot of people here who have that special deal just for you. It will cost you at least twice the price than going a legit way before it’s over. That said, it is on to my Beijing experience.

The central city area is made up of “Las Vegas” blocks. They are big. Be prepared to do a lot of walking here. They are building everywhere. Maybe in preparation for the 2008 Olympics. Traffic is also quite congested. I suggest you use the subway system to get around. It is easy and cheap like Shanghai. Taxi travel will take a long time to get anywhere. Speaking of subways, the Beijing system in a word; old. It works, but it is definitely quite used. The trains move slower, the stations are run down, but the key thing is that it works. Remember Shanghai’s metro in my previous blog? Well get ready for your first surprise here in Beijing. Much more crowded that Shanghai. It is not uncommon to wait 2 trains before you can get in. So here you are in a sea of people waiting for this train. Then it arrives and stops. First you will notice that as it sits there the cars are still rocking, and you can hear the air suspension system cycling on and off. Kind if weird, but apparently normal. Now the doors begin to open. You brace for the wild onslaught of pushing and shoving. I take a deep breath and get into rushing position. Then it happens……….NOTHING! What the hell is going on here? Everyone is calmly waiting while people unload! Then they start moving forward and entering the cars in an orderly fashion. I can’t believe what I am seeing! These people are so different than Shanghai. It’s like another world here. The cars are packed, but people are organized and polite. Crowded, but orderly. Later we are sitting in McDonalds looking at the map trying to figure out how to get to the hutong area. We know it will take a bus ride to get there, but we have no idea where to go. I ask this lady eating lunch at our table. She is telling us while looking at our map. Then she says it would be better if she showed us. So we finish and go out together and follow her to the correct bus stop. When the bus comes, she actually gets on with us and travels along until we get to the correct stop. How helpful can you get! I found that everywhere we went people here are eager to help you . They are polite and make you fee welcome in their city. This is very different from Shanghai.

Beijing is also a clean city and people always use the trash cans. I didn’t see people spitting and talking loudly here. Many speak some English so it is not hard to get around.

The air quality here is not so good. There is a lot of dust which may be from all the building going on in the city. There are many cars adding to the poor air quality. I would rate it about the same as LA.

In keeping with my Shanghai comparisons, the women in Beijing are average to below average. Not many lookers in this city. Shanghai way outdoes Beijing in this category.

I also found it interesting that there are no places for you to sit here. City streets, subway, bus stop, and even many parks all do not provide seats to stop and rest. It would be a good idea for you to carry a small towel to use to sit on the curb at times. There is a lot of walking involved in this city let me tell you.

You can find everything to eat here. All of it expensive, as is most everything else here. I think it is a little more pricey than Shanghai. I expect by the time the Olympics start, things will really be expensive. Prepare to spend about 500 RMB for 2 people a day. That will get you mid to upper class living conditions.

The buildings and historical sights are all over this city. It would take a long time to see everything. I want to make mention of the National Military Museum here. It is worth a visit. I found all this US hardware on exhibit there. Tanks, big guns, airplanes with the Chinese Army insignias painted on them. Some of it was given to China by the US. But there were pieces from the Korean War, Vietnam, and Taiwan. The P51 *picP51* was flown to mainland China by a Taiwan pilot who wanted to defect. Look under the wing in the pic and you can see the Chinese Star painted on it. Then there is the U2 *pic U2 spy* that operated out of Taiwan. It flew 112 missions over China before it was shot down. They picked up all the pieces and taped them together to display here. The cool thing about this museum is that the things here were taken out of service and put here without any restoration or even cleaning. The tanks and planes have oil stains on the floor beneath them. *pic Mig* The Mig looks as if it was flown to the museum. Of course the Great Wall was quite an experience. Also the Forbidden City, Tiananmen Square, Heavenly Temple, the Hutongs, all amazing sites. When you see my pics, try to look closely at the bar *pic Hutong bar* and read the signs. Enough said……