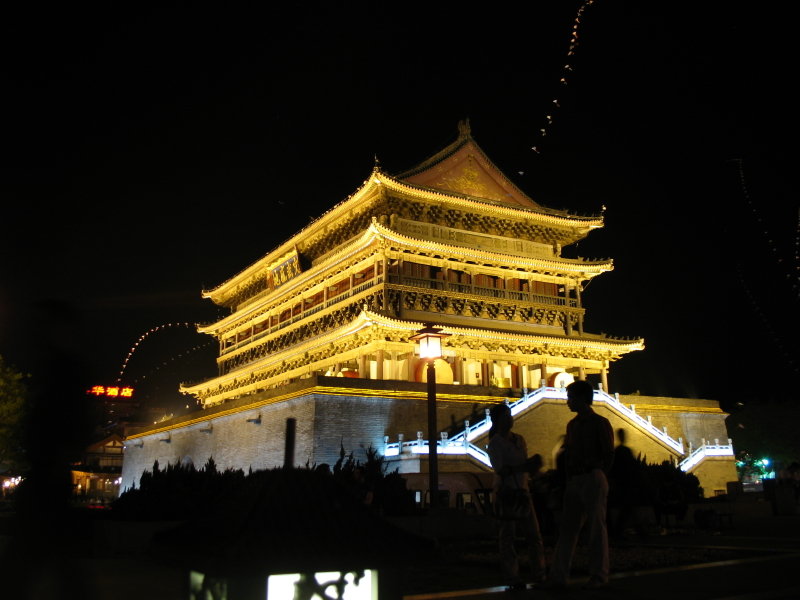 At first glance Xi’an is just a big, industrial, dirty and polluted city. Unfortunately, subsequent glances don’t do much to change this opinion. However, it is a city of historical significance. It should be visited for this fact alone.

During Xian’s 3,100 year development, 13 dynasties such as Western Zhou (11th century BC – 771 BC), Qin (221 BC – 206 BC), Western Han (206 BC – 24 AD) and Tang (618 – 907) placed their capitals here. So far, Xian enjoys equal fame with Athens, Cairo, and Rome as one of the four major ancient civilization capitals. Here you will find the terracotta army of the Qin Dynasty. This guy also built the Great Wall. The old city is completely surrounded by a huge city wall and moat. It is considered to be the best preserved ancient wall in the world. No doubt, it looks almost new and is quite impressive. The Bell and Drum towers are also beautiful and stand a mere 200 meters from each other. There are interesting museums as well to see. Xi’an has a park that is said to have the largest water fountain in the world as well. In the evening they host an outside show here starts 500 dancers on the water fountain. I didn’t get to see the show myself, but it is supposed to be worth a look see.

The specialty food here is the dumplings, which I must say are out of this world. Other than that, nothing special to eat here. Oh, they do have 4 Starbucks here. I would say 2 days here will give you plenty of time to see Xi’an and get out before your lungs explode.