Feeding the tigers in Harbin 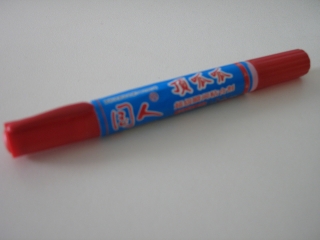 I celebrated “National Day” by going over to a local Kunming flea market. They sell everything from soup to nuts. And yes….. I found the iPhone there as well. Strange as it seems this is the real deal (not fake copy). So much for the Apple’s position of only having this phone in the US through AT&T. The function and interface was exactly the same as the US version, except it ONLY has Chinese language. But of course it is unlocked and works anywhere. They are selling it for 4200 RMB ( $559.85). I’ll just wait and pick one up in the US, take it to Bangkok, and get it unlocked for $10. However China does make 2 copies of the iPhone as well. One is very good and even has some better features, the other (CECT) is a lame attempt, as it has some buttons. For about $150.00, who cares?

I also came across this fellow selling the miracle shoe repair glue. He was quite the character as he demonstrates this stuff. Check out the video. You get 3 tubes for 5 RMB ( $0.66). I can’t resist a bargain, so I whipped off my python boot and threw it at him for a “hands on” demo. A crowd gathered and off he went with his glue on my boot. A minute later he had indeed fixed my ripped boot! I was sold! Gimme 6, handing him 10 RMB. He handed me 2 bottles and refused take my money! I guess the Lao Wei advertisement factor was payment enough for him. Still I wanted more, but I couldn’t get him to understand, so I walked away with only two. As I left, another person was taking off her shoe to get it fixed!

I think next week I’ll repackage this stuff and sell it as a nylon hose repair miracle. Demo videos to follow………………hehe………………………

September 22 was a banner day throughout China. It marks China’s first participation in the International No Car Day where everyone is supposed to leave their car at home. China ordered 108 cities here to ban cars and use only public transport. This is a big deal for modern China to do. First, there are more cars being produced in China than anywhere in the world. The Chinese in just recent years have become the largest consumers of cars. It is a sign of wealth and success to throw away the bike and buy a car. The sad fact is that the Chinese have little idea how to actually use cars. They still think bike rules apply for driving a car. As a result, China has the highest fatality rate in the world through car accidents. Last year over 100,000 deaths attributed to car accidents here. Couple this with the explosive growth rate of car ownership in China, and this will only get worse.Kunming is a city about the same size as Seattle metro area. Seattle has about 1 million people and typical major car congestion problems. Kunming has over 5 million people AND over 400 new cars a day are added to it’s streets! You can see the problems with cars here are out of control compared to Seattle. Beijing is adding 1000 new cars a day to their city. Growth like this is not found anywhere else in the world. Needless to say, driving in China is both dangerous and not at all pleasant. My car generally stays in the garage unless we are going out of town. I use my moto everywhere, which is fast and easy.So today all cars were banned from Kunming. I went into town and still found the streets very busy, but nothing like it normally is here. The only thing driving was the busses and taxi’s. It was strange to see the roads full of only taxi’s everywhere. You should see the video I did. I still can’t believe how many taxi’s there are in Kunming!

Kunming newspaper Dushi Shibao is reporting that beginning on the 27th of this month, “Kunming will be the first city in China to have monthly ‘No-car days'”. After this month, private cars will be banned from entering the city’s ring road between the hours of 9:00 am and 7:00 pm on the fourth Saturday of each month.

On September 22 Kunming was one of more than 100 Chinese cities to ban private cars downtown during the day. For twelve hours, downtown Kunming’s streets were primarily occupied by buses, taxis, electric scooters and bicycles. The city’s effort was one of the most successful in the country, while Beijing and Shanghai’s no-car days received lukewarm reviews.